Our colleagues over at the Geonet project have drawn some wonderful maps based on our Online Labour Index country data.

The open vacancies are plotted in the figure below. As you can see the distribution is extremely skewed, with the United States buying as much online labour as the whole world combined. One explanation behind this is a sort of a “home country bias” (term borrowed from the finance literature). Since most of the online labour platform companies operate from the United States, and the US employers likely have a good access to information on the details of the hiring process within the online platforms. Relatedly, a bulk of the biggest tech companies hail from the U.S. Therefore, it seems quite natural that the demand for online labour — where tech related jobs dominate — is highest there as well. 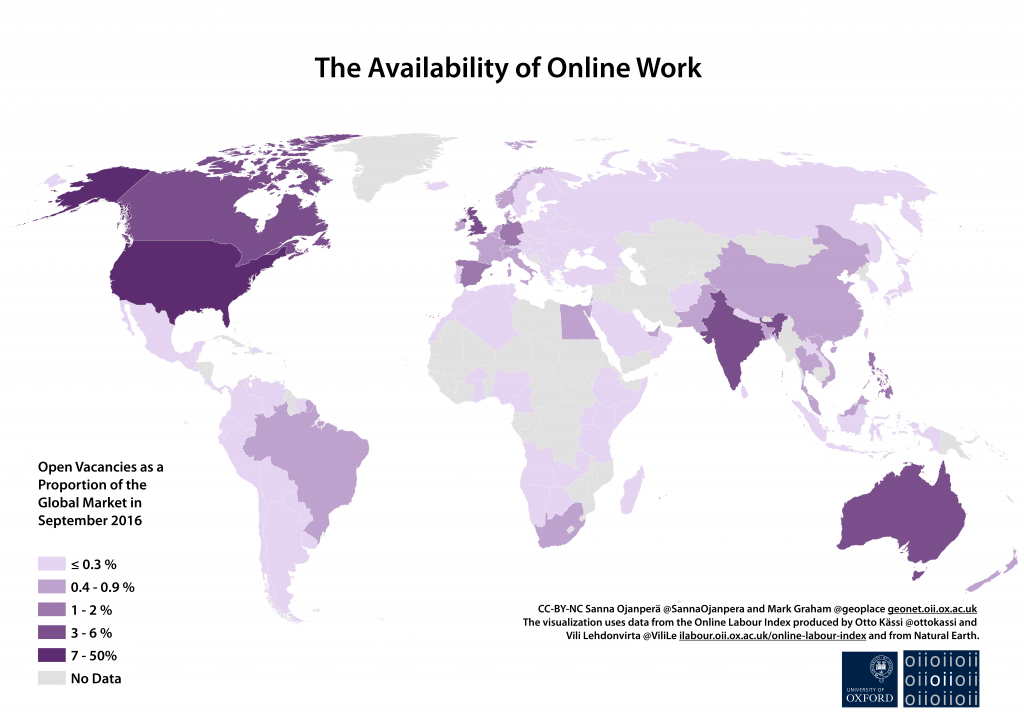 The map above also quite clearly underlines the global digital and economic divides. There are large portions of the world, especially in Sub-Saharan Africa and Central Asia completely absent from the online labour.

It is instructive to map the shares of vacancies posted divided by share of global GDP. This calculation is done below. 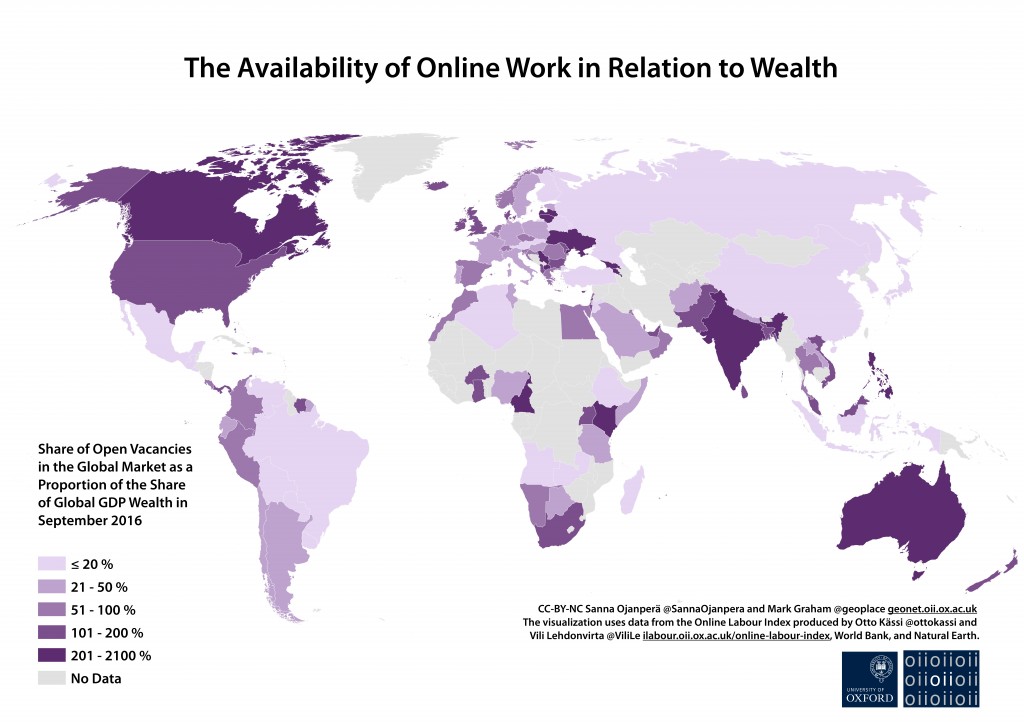 According to this measure, the U.S. is still a very prominent buyer of online labour, but the other rich buyer countries such as Australia, and Canada jump out more.

In addition, some developing countries such as India, the Philippines and Bangladesh are rather large buyers of online labour. One potential explanation for this is that workers who win projects sometimes hire other online workers to do the work in their stead, acting as project managers or simply salespersons.

The latter measure also shows surprising glimmers of activity in Sub-Saharan Africa and South America such as Cameroon, Kenya, Guyana and Panama, which are poor, but still seem to be embracing the online gig economy to a large extend. How much this demand turns into prosperity for the workers in these countries is still very much an open question (see e.g. here and here  for very opposing views on the topic), and will depend on both how the how the individual countries’ governments choose to react to digital labour, and on how the online freelancing market develops as a whole.

The maps are based on an open data set available from here.  The data set is made available on a CC-BY license.