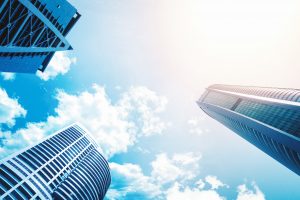 Agencies provide value to companies by offering them flexibility to temporarily scale up their workforce. They also provide firms with efficiency improvements and development opportunities. As a result, many Fortune 500 firms maintain long-term relationships with staffing agencies.

With the rise of the platform economy, however, firms are discovering the opportunity to complement their flexible staffing practices with the opportunity to source work through online freelancing platforms. But what exactly is the value that platform sourcing offers to firms?

One advantage of online freelancing platforms over conventional staffing agencies is the ability f for clients to connect directly with freelancers. Yet, based on nine case studies of Fortune 500 firms and MNCs, we concluded that the flexibility offered by platforms far exceeds that of conventional agency-based sourcing channels. As they experimented with platform sourcing, these enterprise firms discovered that the value of platforms “has a lot of different dimensions besides cost”. This article outlines the six unique dimensions of value that platforms offer compared to conventional outsourcing through agencies.

“Online freelancing platforms offer firms flexible and timely access to a global pool of skilled labour, enabling them to get high-quality work done in a cost-effective manner.”

Hiring managers at Charlie and Delta indicated budgetary constraints as the determining factor in deciding whether to source work through a platform or to go to an agency. In its dedicated experiment with platform sourcing, House’s manager Jason delivered 60–70% aggregate savings relative to House’s conventional sourcing channels.

Similarly, an Echo hiring manager reported that for temporary work, they could source the same work through platforms for a third of the price. According to Foxtrot’s category manager Rajeev, part of the cost savings with platforms lay in the absence of overhead costs, which usually comprised 25–30% with traditional agencies, as well as through being able to choose a freelancer with the appropriate expertise level.

Participants in our study also experienced platforms as a faster way to find and contract freelancers, and generally obtained faster turnaround times.

First, hiring online required a single email to a platform-support agent, in contrast to the multiple phone calls, meetings, and briefs required to get a project started with an agency. Participants suggested that it could take 6-8 weeks to hire a freelancer through an agency, whereas with a platform it took them 2-4 days on average. At House, hiring managers transitioned from ideation to talking to a freelancer within four days. A Samsung hiring manager hired a freelancer and completed a project within a two-day timeframe.

Second, participants suggested that around 60% of the time work sourced through platforms was completed and delivered faster. Rajeev from Foxtrot gave the example of a software development project that would probably have taken a year to complete with their agency, but that was completed through the platform within six months. He noted that, with platform sourcing, it might take slightly longer to specify the project up front. Yet, given the fast turnaround times, he felt that this was worth the effort.

A related dimension of value, reported by participants, was the greater numerical flexibility provided by platforms, for instance allowing them to rapidly scale up and down project teams.

At Echo and Foxtrot, platforms enabled teams to become more agile, as external resources were frequently needed to complete the work on time. For Delta’s marketing team, the platform had become their go-to place whenever they needed to get things done but were under-resourced in terms of available in-house employees or temporary workers.

A fourth dimension of value provided by online freelancing platforms is the relative ease of contracting and working with individual freelancers. This hiring manager points to the enterprise contract her organization had signed with one platform. Whereas temporary workers are often hired via several agencies, freelancers can all be hired and paid through the platform, for which each quarter a budget was agreed upon.  A hiring manager at Charlie mentioned that from an ‘organizational perspective’ he appreciated the high-level service and responsiveness of the platform’s programme management layer.

Delta’s hiring manager recognized the organizational advantage of having fewer contracts.31 Echo and Foxtrot hiring managers mentioned the streamlined process of platforms—from recruiting to payment. With their agency, they had to fill out an extensive requirements document and do a significant amount of administrative work, while not being able to choose with whom they ended up working.

For Echo’s hiring manager, platforms resolved payment issues when working with individual freelancers. Through their conventional channels for contracting temporary workers, payment was often delayed, incorrect or failed to come through at all. Compared to this “nightmare” they loved how quickly they could process payments through platforms.

Access to expertise and highly-qualified freelancers unavailable in firms’ immediate environments constituted another important form of value. This access allowed enterprises to bring in skills and expertise they otherwise would have no access to (e.g., specific programming frameworks or languages), constituting a new opportunity to drive knowledge creation.

Samsung’s finance manager Cathleen suggested that in some cases the cost was similar to that of their original vendor, yet the work sourced through the platform demonstrated higher quality. According to a Delta hiring manager, the value added by platforms was “being able to get things done right while still being cost-effective”.

To conclude, participants suggested that the unique value of online freelancing platforms lies in providing them with flexible and timely access to a global pool of skilled labour, enabling them to get high-quality work done in a cost- effective manner.

However, it is important to bear in mind that our participants were all early adopters of platforms, and that they experimented with how best to utilize this new sourcing solution. For many other managers, the dominant pathway often remained hiring a temporary worker through conventional staffing agencies.

Participants further acknowledged that there would still be situations where they preferred to source work through staffing agencies. Situations for instance comprised when the work should be performed onsite, when someone was needed full-time and for a sustained period of time, or when it was difficult to specify and evaluate the work.

Furthermore, participants realized that sourcing through platforms required a different way of communicating and managing expectations with freelancers, which not every hiring manager was comfortable with. Thus, while participants were still figuring out when to use what sourcing solution, they all agreed that platform sourcing is a rapidly growing phenomenon in a space where staffing agencies have traditionally been important players.